What is the go-live phase of an ERP project? 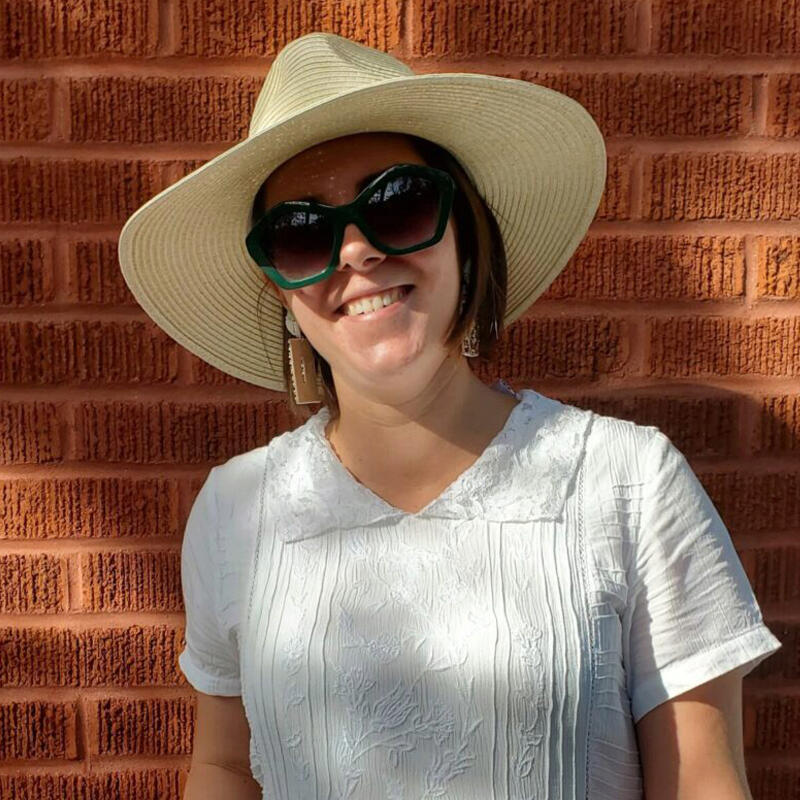 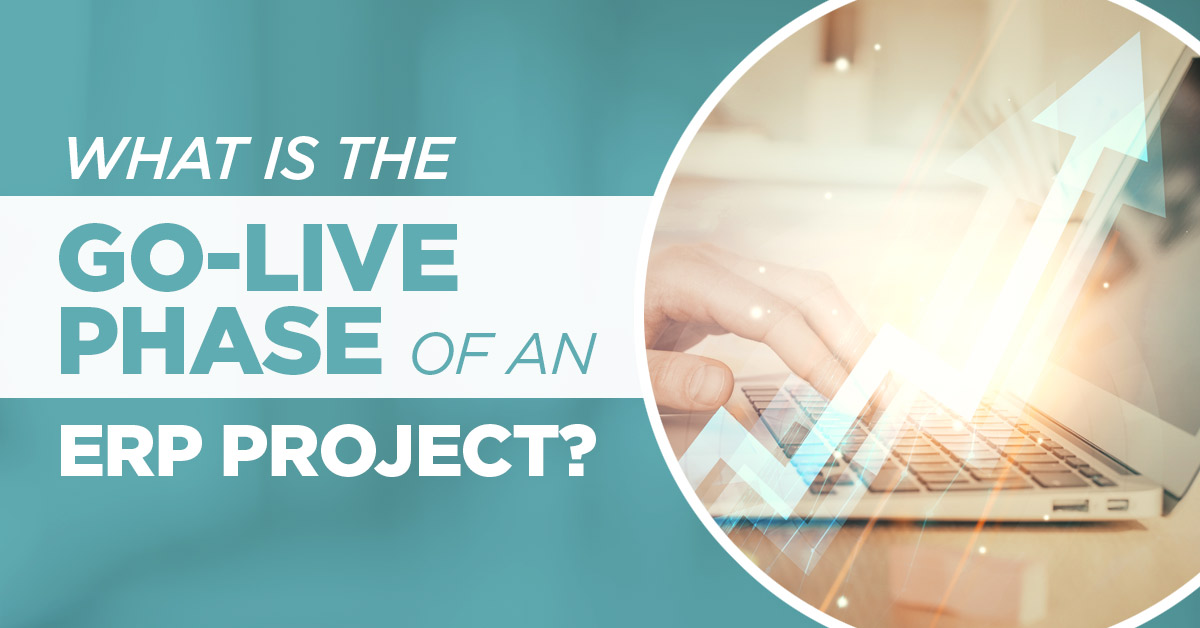 Welcome to the world of ERP, where choosing the right vendor is the easy part. In fact, what comes after is often so exciting, here at GURUS we call it the rollercoaster. The reality is, the go-live phase of an ERP is more often than not a wild ride that rarely stays right on track.

Have no fear, because just like a rollercoaster will eventually end, so will the frenzy of the go-live and soon enough you’ll remember why you did this in the first place.

What does it mean to go-live?

The simple definition of go-live refers to something that becomes available. While used as a term for launching new software within businesses, it’s most common in ERP, CRM, logistics, or marketing systems.

In terms of an ERP, the concept is extremely straightforward. It’s when the system goes live, from the testing environment to production. While the actual go-live is a transparent step, whether it’s a success or failure is another story, and depends on multiple things from project planning to testing to the right leadership - and a lot more.

Companies have been known to lose millions in failed implementations. Clearly, it’s no joke that It’s vital to be in complete control before and even after the system goes live.

The before, the during, and the after of an ERP project

It’s been said that one must “keep their eye on the prize” when it comes to achievements, whatever it may be. Although considered important advice, I would advise against even having that thought when implementing an ERP.

Look at it this way. The go-live phase would be considered the “prize”; however, what happens before and after is what really matters. Typically, the stages of an ERP project are thought to be: pre-sale, assessment, implementation, pre go-live, go-live, post go-live, support and optimization.

Now here’s what it’s more likely to be like:

There’s no way to describe that in words. The impact of an ERP is huge to any corporation, from the roles and responsibilities of employees, to the price tag, to the potential issues faced along the way.

As mentioned, the go-live phase of an ERP project is essentially when the system is, well, turned on, so to speak. To determine a successful go-live, one must focus on the progress made beforehand and the attention to detail afterwards. Let’s take a further look at it.

How to prepare for the go-live phase

There is a lot to consider when planning for a successful ERP launch, so I went on a mission to really scour the top tips and tricks to prepare you for the most successful go-live your business will endure.

1. Plan for anything and everything

The key is to hope for the best but prepare for the worst. In this scenario, you’re must think of all potential challenges and risks, and plan outcomes for each. If this is your first ERP project, there is a lot of uncertainty and is imperative to get ready for the unknown.

Of course not knowing what could potentially go wrong can be stressful, but even just giving yourself and your team more time before go-live or prepping a list of all potential risks is already the right direction of success.

An ERP project does not affect only those directly involved, but everyone in the company and beyond. Make sure to discuss upcoming changes with your stakeholders, company staff, and bank. Lack of finances is one of the top reasons why implementations fail. Be sure to review your budget before starting.

Think of the ERP go-live phase as a Broadway show. Before opening night, a cast spends months rehearsing. When it comes to your go-live date, make sure to spend the previous months testing the environment, working with your teamembers, and rehearsing the actual go-live.

Like a theatrical performance has understudies, prepare as many of your staff as you need (and more) to be certain that everyone’s roles and responsibilities are understood.

For any additional resources (people, software, etc.) that you know you’ll need, make sure to have it approved by your executive team so as not to run into any hiccups during launch day.

3. Don’t be afraid to delay

We all set deadlines in hopes that we’ll reach them on time. The reality is, this is rarely what happens. For an ERP project, it’s always, and I mean always, better to postpone than to go-live with issues that could have been solved with just a little more time.

At the end of the day, the ERP is to facilitate your business processes, so delaying it a few weeks or months will just lead to an even more successful go-live.

4. Organize your team and data

You’ve got your ERP vendor, you’ve been working on implementation, and the software has been working like a charm. Obviously, these are fundamental aspects, but if you haven’t trained your team or prepared them for the upcoming changes, all this is null and void.

It’s crucial that your team feels comfortable with the software and have been trained on all intricacies of the system. That way, if anything goes wrong before or after go-live, they’ll be more than prepared to handle the situation.

While you prepare your team, it’s also important that you clean up all your data in preparation for the migration to the new system. Test multiple cutovers in order to know and understand that you have the right data to integrate.

Moving forward with an ERP project can be time consuming and a very busy time for all those involved. Many will feel excited for this change, while others uncertain about this new project.

Provide your staff with incentives or benefits to help them relax during the project and acknowledge their commitment and contributions to the project. Never forget: teamwork makes the ERP dream work.

6. Have expectations, but trust your judgement

One thing to note is that a go-live doesn’t just fail for no reason. There are indications that lead up to mishaps and issues. Trust your intuition when it comes to these problems popping up along the way and react to them accordingly.

A primary example is perhaps someone on the implementation team is not reaching specific milestones or another is completely disorganized. Speak up and inform project managers who can come to the rescue..

It will likely occur that someone is not on board with this new ERP project. Trust your judgement when said person has an opinion that is not constructive to the project and respectivelly ignore. However, if the intention is meant to have a positive affect on the project - that you perhaps didn’t notice - make sure to listen and resolve the problem.

The key is to trust yourself and the project enough to know when to brush someone off and when to listen.

Whether you’re working with an implementation partner or on your own, you should always have your own go-live checklist. List off all the items you want to accomplish during the go-live phase. These ideas willl be critical to your success, making it easier for you to navigate any red flags that come up and provide the necessary solution.

How to continue success after the go-live phase

Congratulations! You’ve successfully accomplished the go-live phase of your ERP project. Now what’s next? In order to keep up with business operations, there are a few things to keep in mind as you move past the go-live phase into the functionality phase.

First things first. Take a break! You and your staff have probably worked over-time to get where you are now. Celebrate the success.

Now that you’ve relaxed for a bit, it’s time to work alongside the end users and fix any potential problems that occur. Talk with the users to see if they understand how to use the ERP, whether or not they need training, how they’re benefiting from (or not) from the ERP, and of course if they require ongoing support. 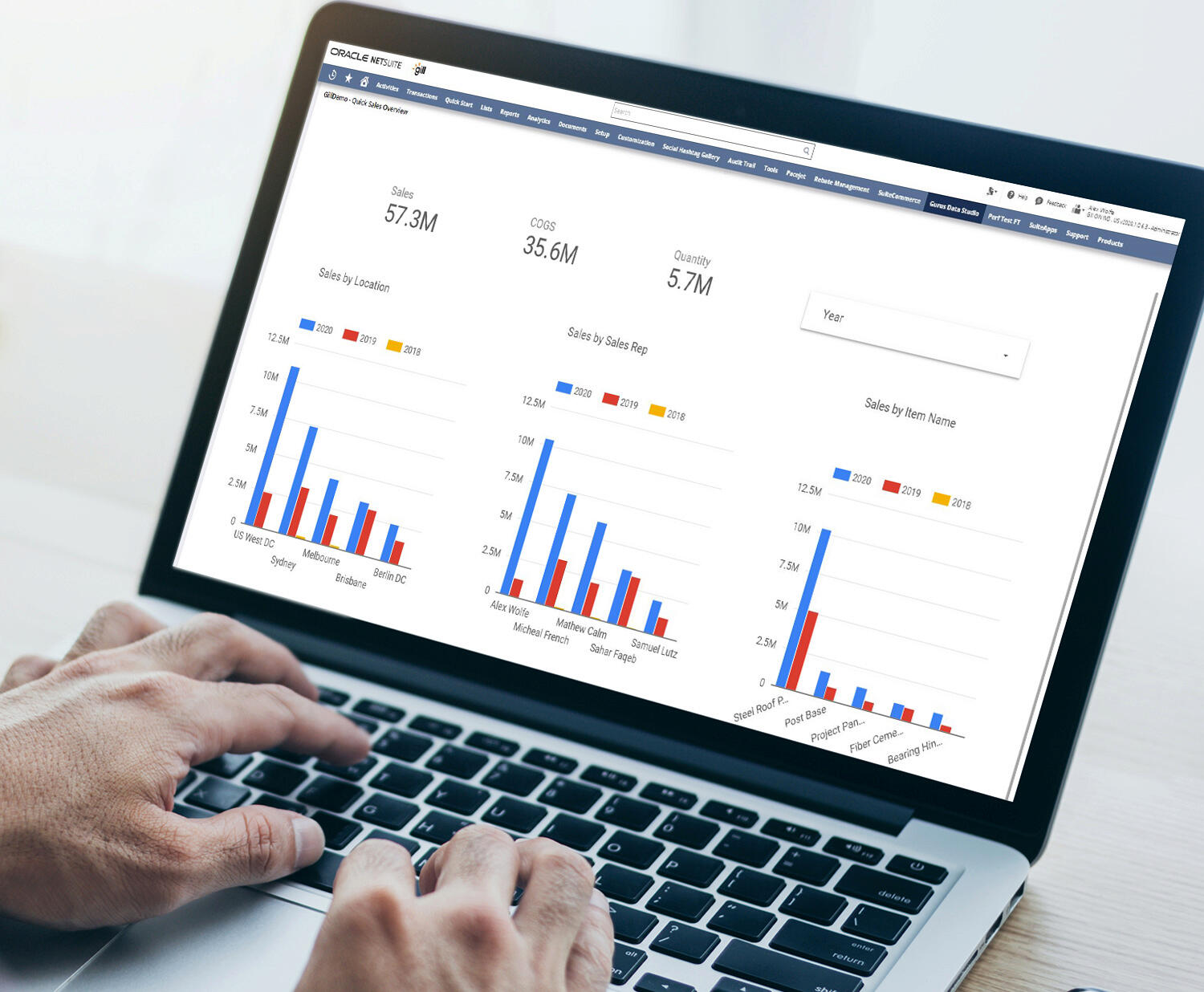 Any new process will take time to get used to and to fully comprehend.  Allocate time to go through the ERP and see if anything needs fixing or changed to better suit the objectives of the business. Through this analysis, you will be able to go even further and create advanced automated processes that perhaps were not required for the go-live.

Finally, add value to your ERP by creating goals for the future of what you would like to accomplish from here on out. From how to strengthen the ERP to a list of best practices moving forward, these will ensure that the software is being used correctly and maximize its capabilities.

The go-live phase of an ERP project can be a very stressful time. Most cases of failed projects involve lack of preparation, under-budgeting, and disorganized teams.

At GURUS Solutions, we’ve spent hours rescuing failed implementations. While we have no problem helping out, a lot of the reasons can be avoided through careful planning and extensive research. To learn more about the go-live phase of an ERP project, contact us today.

Victoria Sapsford is a self-described wordsmith, on a mission to discover the meaning of life through words. She’s also the current Marketing Specialist at GURUS Solutions, where she spends her days strategizing marketing campaigns and writing content about tech, ERP, and everything in between.